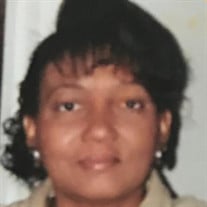 Missionary Patricia Ophelia McNeal Pope was born on July 19, 1950 to the late Eugene and Cleanthers McNeal in San Antonio, Texas at Fort Hood Army Post. She went back into the loving arms of the Lord on April 5, 2021 at Jackson-Madison County General Hospital. Growing up in the Church of God in Christ, she gave her life to God in her early teens and was very active in the church, including singing in the choir, participating in the Sunshine Band, and youth group. After graduating from Highlands High School in San Antonio, she and her older sister Jean went on to attend Texas Woman's University in Denton, Texas, where she eventually graduated with a Bachelors of Science degree in Food and Nutrition with a minor in Chemistry. Later in life, she went on to earn a Masters in Business Administration from Webster University. In 1972, a divinely chanced meeting of two souls, resulted in 47 years of wedded bliss to Elder Kenneth Pope. As a military family, Patricia and Kenneth, along with their three daughters traveled around the country with the United States Air Force and even had the chance to travel across the pond to England for a few years. As a civil servant for the Department of Defense, Patricia found a true calling working in Family Support and Airman Readiness Centers at each base, providing financial education and support for the women and men serving the country in the armed forces. But no matter where in the world the Popes would call home, finding a church home for spiritual enrichment, was always a matter of priority for the family. As a dedicated servant of God and member of various congregations including Evangelist Temple COGIC in Louisiana, St. Matthew COGIC in Arkansas and Faith Temple COGIC here in Tennessee, Patricia was a faithful church Missionary who found joy in spreading the word through preaching, teaching Sunday School classes, orchestrating Black History Month programs, and organizing multiple Vacation Bible School sessions. In her lifetime, she was known for pouring so much into others, especially into her children and her grandchildren, whether it was asked of her or not. From proofreading book reports, serving as the high school band booster vice president, filing everyone’s taxes, and remembering all of the birthdays, her family was truly one of her fondest success stories. She was tenacious, smart, giving, loving, humble, beautiful, Godly, and the best wife/mother/grandmother her family could have ever asked for. Along with meeting her heavenly father she is now reunited with her parents, Eugene B. McNeal and Cleanthers Coffey-McNeal. From heaven she’ll be watching over her beloved husband of 47 years Elder Kenneth G. Pope; Two older sisters and brothers-in-law: LaSonia & Willie Dixon, Jean and Calvin Ingram; Three daughters and a son-in-law: Kira Pope, Taressa & Charles Sanders, and Erika Pope; Five grandchildren: Matthew Blackman II, Kaija Blackman, Hannah Sanders, Mia Sanders, and Chloe Sanders; and a sleuth of church and work family members in Texas, Missouri, Oklahoma, North Carolina, Louisiana, Arkansas, Colorado, and Tennessee.

Missionary Patricia Ophelia McNeal Pope was born on July 19, 1950 to the late Eugene and Cleanthers McNeal in San Antonio, Texas at Fort Hood Army Post. She went back into the loving arms of the Lord on April 5, 2021 at Jackson-Madison County... View Obituary & Service Information

The family of Mrs. Patricia Ophelia McNeal Pope created this Life Tributes page to make it easy to share your memories.

Send flowers to the Pope family.