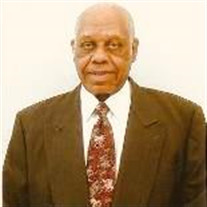 Nathaniel (“Nate”) Jones was born on June 8, 1934 in Jackson, Tennessee, to the union of Clyde Otis Jones and Alene Marie Curry Jones. He went to North Jackson Elementary School, then to South Jackson Elementary School, where he finished the 8th grade. He attended Merry High School, dropping out in the 9th grade. Nate’s first job was when he was eight years old, driving a horse and wagon, delivering wood to Henry Blackmon’s customers. At 10 years old, he delivered groceries on a bicycle for Hughes Grocery Store. When he was 12, Nate was the dishwasher at West Restaurant. Then at 13, he became a nighttime short-order cook. In 1949, when he was 15 years old, Nate moved to Detroit, Michigan. He lived with his aunt while working at Wabash Railroad, where he unloaded box cars. About a year later, he moved in with his father, Clyde, who had moved to Detroit years earlier. At 17, his uncle, Owen Greer, got him a job with a company that removed cast iron furnaces so they could be replaced with gas-burning furnaces. Shortly before his 18th birthday, he joined the Army as a telephone switchboard installer/repairman, stationed in Stuttgart, Germany; then he was transferred to Fort Knox, Kentucky, where he spent his last nine months of duty before being honorably discharged with the rank of private. Nate joined the Navy on April 27, 1959. In April 1961, he married Loretta Wyatt. To this union two children were born: Maria Jones, born on March 1, 1963 and Christopher Nathan Jones, born on July 18, 1964. In 1962, while in the Navy, he received his GED. In 1974, Nate took aboard-ship college classes at Chapman University in Orange, California. He retired from the Navy in February 1975 with 21 years of military service. From 1975-1978, he took classes at Milwaukee Area Technical College: modern math, Black History, small engine repair, commercial pilot ground school (he received his pilot’s license!). On Christmas Day, 1978, he married Sue Ellen Roberts. No children were born to this union. Nate was famous for his cook-outs, where he prepared ALL the food (ribs, chicken, turkey, ham hocks, green beans, okra, and home-made ice cream). He would even take his food to his doctors and their staffs. And he fed his neighbors, too! He also loved talking with his ham radio buddies twice a day for many years. His handle was “Jonesey.” He leaves to cherish his memory, his son, Christopher (Lori); cousins, Rosaland Rogers of Jackson, Tennessee (who took care of Nate during his last days); Joyce Fields (Pap) of Arcadia, California; Clarence Jones and John Eddings of Detroit, Michigan, and a host of other cousins, neighbors, and friends.

The family of Mr. Nathaniel “Nate” Jones created this Life Tributes page to make it easy to share your memories.

Send flowers to the Jones family.