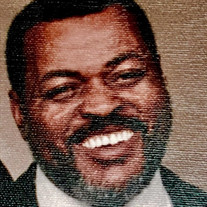 Kenneth Paul “K.P.” Tomlinson was born July 12, 1949. He departed this earth on Friday, June 2, 2017. K.P. grew up in Jackson, TN and attended East High School. He made Evansville, Indian his home for 32 years. There he worked at J. Trotman and Son Scrap Metal Yard as a Heavy Equipment Operator. Kenneth was married to Karen who proceeded him in death. K.P. was the father of two, Maranda and Caleb Tomlinson, both reside in Evansville, IN. Later, he moved back to Jackson and resided until he transitioned to his heavenly home. One brother, William “Mickey” Cathey Tomlinson precede him in death. He leaves to mourn his death and cherish his memories, his loving mother, Mattie Cathey Hamlett; one uncle, Aurther Cathey of Chicago, IL; one sister, Nettie Florence (James) Boone of Indianapolis, IN; three brothers, James Willie Tomlinson of Indianapolis, IN, Larry Wayne (Sheila) Tomlinson of Evansville, IN and Terry Benard Cathey of Jackson, TN; and a host of nieces, nephews, cousins, other relatives and friends.

The family of Mr. Kenneth Paul Tomlinson created this Life Tributes page to make it easy to share your memories.

Send flowers to the Tomlinson family.