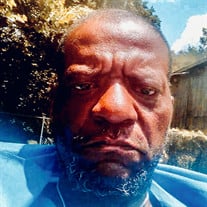 Kenneth Earl &#8220;Captain&#8221; Green, was the only son born May 14th, 1964 to the late Walker N. Bridgman and J.C. Green, in Jackson, Tennessee. He departed his earthly life comfortably at Jackson General Hospital on February 10, 2020,... View Obituary & Service Information

The family of Mr. Kenneth Earl Green created this Life Tributes page to make it easy to share your memories.

Kenneth Earl “Captain” Green, was the only son born May 14th,...

Send flowers to the Green family.