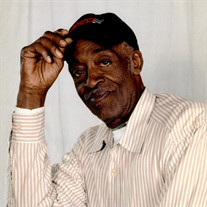 Jerry Ingram, son of the late Ben (Phil) and Emma Jane Ingram was born on November 15, 1946 in Jackson, TN. He attended the public schools of Madison County and went on to work as a farmer for his family. At an early age he professed faith... View Obituary & Service Information

The family of Mr. Jerry "Jabo" Ingram created this Life Tributes page to make it easy to share your memories.

Send flowers to the Ingram family.