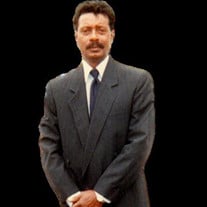 Mr. Floyd Talmer Wade was born August 5, 1953, in Alamo, Tennessee the son of Travis Wade, Sr. and Virginia Dickerson Wade. He departed this life Wednesday, June 10, 2020, at the age of 66. Floyd was raised in the Bells Church of God In Christ... View Obituary & Service Information

The family of Mr. Floyd T. Wade created this Life Tributes page to make it easy to share your memories.