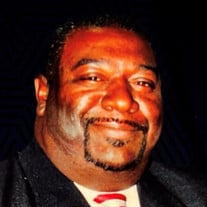 Don Wayne Batchelor was born on November 19, 1957, in Brownsville, Tennessee to the proud parents of Jimmie D. Sr. & Martha Batchelor. On Wednesday, September 08, 2021, at 11:15 P.M. God dispatched an angel of love to Lutheran Hospital in Ft Wayne, Indiana to take Don to his eternal home for some much-needed rest while surrounded by his wife and family. He accepted Christ at an early age under the leadership of the late Rev. Samuel Guy at the Friendship Baptist Church in Brownsville, Tennessee. In 1975 he joined and served faithfully at the Rising Star Baptist Church in Marion, Indiana under the leadership of Rev B.T. Jackson. On April 29, 1987, he joined and was a faithful member of the Greater New Light Baptist Church under the leadership of Dr. Larry Batchelor where he was a deacon and superintendent of education. He graduated from Haywood High School and later attended Ivy Tech Community College in Muncie, Indiana. He was employed by Marion Community Schools for 34 years retiring as the director of Transportation. He also was employed as the City Code Enforcer and later elected as Marion City Council Member of District 5 and served five terms. He was honored to serve Ward 5 for 18 years. He enjoyed spending time with his family, often hosting events for them in his home. He was an avid sports fan, Dallas Cowboys and the Indianapolis Colts were his two most favorite teams. Don united with the love of his life Carol Denise Barber on November 16, 1985, and to this union two children were born Kenneth and Danielle. He was preceded in death by his parents: Jimmie D. Sr and Martha Batchelor; brothers: Rev Kenneth R. (Eddie Mae) Barber, R.V. and Thomas Batchelor; and sister: Lillie Jean Jones. He leaves to cherish his memory his loving wife for 36 years Carol Batchelor of Marion, Indiana. He loved his four children with all his heart: Brian Rupert, Ryan Rupert, Danielle Batchelor all of Marion, Indiana, and Kenneth “Dontez” Batchelor of Dallas, Texas. Don’s four granddaughters, Maddison Higginbotham, Alexus Rupert, Rhianna Rupert, and Kimber Rupert, and two grandsons, Tyrone Holmes, and Posiedon brought so much joy to his life and will forever cherish the memory of their Paw Paw. He also leaves to cherish his memory his brothers and sisters: Pastor Jimmie D Batchelor Jr, Dr. Larry Batchelor of Marion, Indiana, Michael (Jonnie Ruth) Batchelor of Brownsville, Tennessee, Judy Batchelor of Racine, Wisconsin, and Lula Frances Drake of Austin, Texas. Kenneth (Tonya) Barber of Marion Indiana, James Barber of Anderson, Indiana, and Anthony (Tasha) Barber of Ft Worth, Texas. A special sister Novella Kay Bryant of Muncie, Indiana. Special friends George & Ollie Smoot, and Willie & Francine Lewis. A host of nieces, nephews, cousins, friends, and a special grand pup his dog Cup Cake.

Don Wayne Batchelor was born on November 19, 1957, in Brownsville, Tennessee to the proud parents of Jimmie D. Sr. & Martha Batchelor. On Wednesday, September 08, 2021, at 11:15 P.M. God dispatched an angel of love to Lutheran Hospital in Ft... View Obituary & Service Information

The family of Mr. Don Wayne Batchelor created this Life Tributes page to make it easy to share your memories.

Send flowers to the Batchelor family.